35 Spanish Nicknames That Will Impress Your Friends

35 Spanish Nicknames That Will Impress Your Friends

Babbel Review: Will It Help You Speak Fluently?

Babbel Review: Will It Help You Speak Fluently? 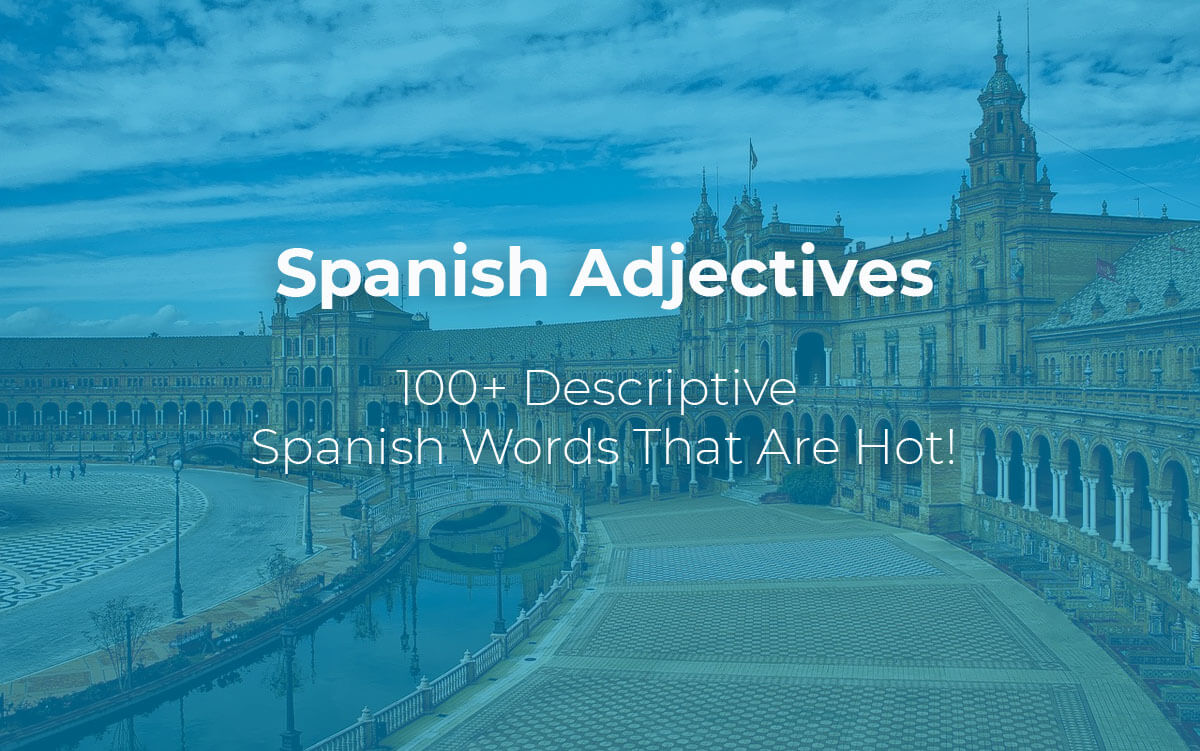 When we first start learning a new language, we typically start with common greetings, such as hello and good morning, numbers, and a handful of vocabulary words. Soon after this, we start learning adjectives.

For those of us who aren’t language majors or may have been out of school for a little while and need a reminder: an adjective is a word or a phrase that assigns an attribute to a given noun.

In other words, they are words used to give details and descriptions of people, places, and things. 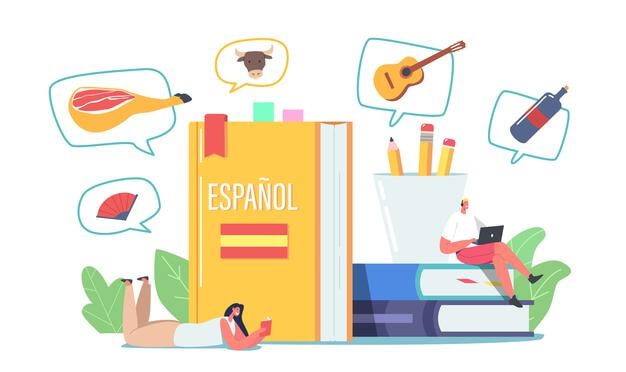 Imagine what it would be like to tell a story without any adjectives. Pretty boring, right? Adjectives allow us to convey ideas and stories with more precision and clarity, not to mention more fun.

If you’ve been studying Spanish, you are probably already aware of what a bright and colorful language it is. Spanish is full of great adjectives and learning how to use them correctly will get you one giant step closer to fluency. 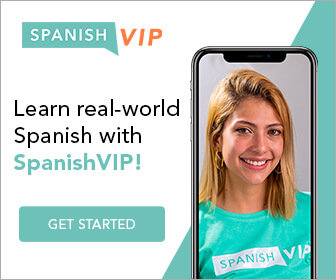 In this article, I want to go over how adjectives fit into the Spanish sentence structure as well as share a list of 100 of my favorite Spanish adjectives. Don’t worry, using adjectives in Spanish is fairly straightforward. There are only a few simple rules to follow and I will be breaking them down and providing a few handy tips to help make this as painless as possible. Let’s get started!

What Is An Adjective Exactly?

As I already mentioned, adjectives are the words we use to describe nouns. This means that just about every word that adds interest to a sentence is an adjective. For example, consider this sentence:

There is a puddle in my yard.

This is vague, to say the least. Is the puddle small? Muddy? Clear? Huge? Sunken? Deep? Shallow? In essence, this sentence tells you almost nothing. But if we add in just a few adjectives, the story becomes something completely different. 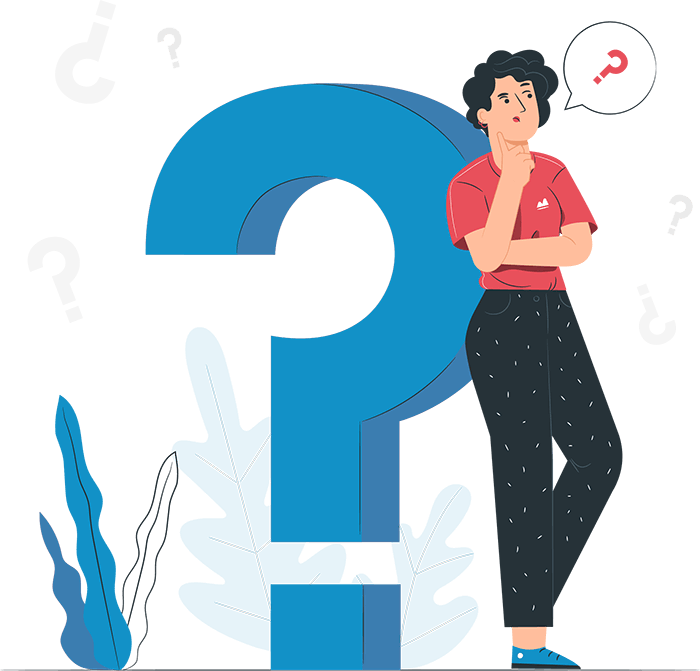 There is a huge, green puddle boiling in my front yard.

Now we’re getting somewhere. We can imagine this scary puddle and we want to know more. Or maybe we don’t.

This is a somewhat silly example, but it serves a purpose. It allows you to easily see why it is so important to learn adjectives. With adjectives you can tell stories, give directions, and easily point out your tall, smart-looking friend Amilia. Adjectives are awesome.

Notice that the words ‘big’, ‘yellow’ and ‘interesting’ never change form even though they are being used to describe totally different things. Now, look at these same examples in Spanish.

Do you notice the differences? The adjectives change depending on the gender and the quantity of the noun. Let’s talk about that for a minute.

You Have To Know The Noun’s Gender

One of the first things you probably learned about Spanish is that Spanish words have genders, they are either masculine or feminine.

For inanimate objects, such as chairs, books, towels, and pans, the gender is based solely on the word itself.

As long as you know the gender of the noun, you can easily change the adjective to match. Most of the more common adjectives end with ‘o’ in their masculine form, making them easy to adjust. For example, here are the words for tall, thin, and clean.

If you are using an adjective that ends with ‘e’ or ‘ista’, then you’re in luck because these words remain the same for both genders. Here are a few examples:

Adjectives that end with a consonant are also gender-neutral. Examples:

Gender-neutral adjectives only change depending on the quantity of the noun you’re describing which leads us to our next adjective rule.

Just like articles in Spanish, adjectives have to match the quantity of your nouns. This is pretty easy to remember if you’re already used to changing 'el' to 'los' or 'la' to 'las'. Here are a few examples, just in case:

As you can see, the adjective has to match both in gender and in number. If it ends with ‘o’, ‘a’, or ‘e’ simply add an ‘s’ to make it plural. If the adjective ends with a consonant, add ‘es’.

An Important Exception: If the adjective ends with ‘z’, the ‘z’ is changed to a ‘c’ and ‘es’ is added. The most common example of this is the word ‘feliz’ which means happy.

How To Use An Adjective (Or Two) In A Sentence

You have probably already guessed this just from reading all the examples, but let’s talk about it anyway. In Spanish, the adjectives almost always go after the noun.

This means that instead of saying, “The black car.” you would say, “The car black.” This may seem confusing at first, but you’ll get used to it after a while. I like to think that the noun is the most important feature of the sentence, so I say the noun first and then the adjectives. There are a few exceptions to this rule, but I’ll get to those in a second.

The second thing you should know about adjective placement is that the meaning can change depending on which of the dreaded ‘to be’ verbs you’re using: ‘estar’ or ‘ser’. 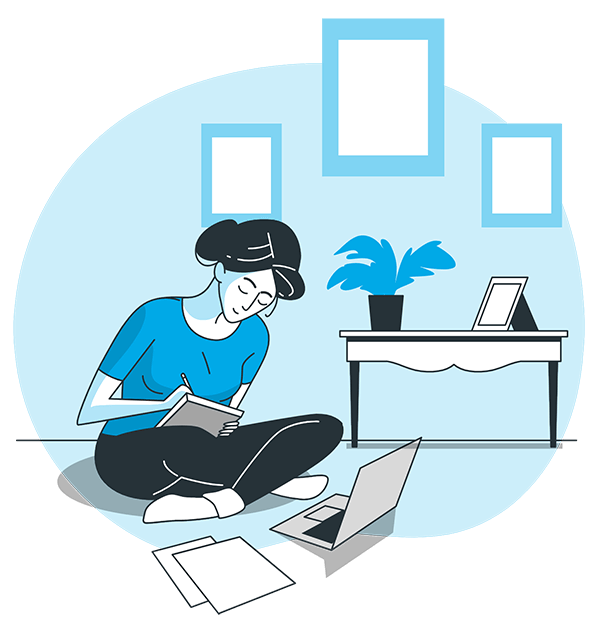 Remember: ser is used for permanent attributes and estar is for temporary attributes. This is especially important to remember if you’re describing a person, including yourself.

For temporary attributes, such as feelings, you can say, “Estoy emocionada(o) de verte!” which means, “I’m excited to see you!”

Be very mindful of this when you’re talking about other people because the ‘to be’ verb you choose can change the meaning completely. For example:

As you can see, there is a huge difference in the meanings there.

Be careful when expressing feelings this way. Many temporary states, such as hunger and body temperature, are expressed using ‘tener’ instead of ‘estar’.

For example, if you want to say that you are warm, you would say, “Tengo calor.” If you’re hungry, “Tengo hambre.” Thirsty? Say, “Tengo sed.” This can be used for some emotions as well. That is not the focus of this article, so I won’t go into detail here, but it is worth investigating to save you from some embarrassing situations.

Exceptions To The Rules

Of course, like all language rules, there are always a few exceptions. When it comes to Spanish adjectives, the biggest exceptions to these grammar rules are grande, bueno, and malo.

Grande has two forms, grande(s) and gran. Although the words are similar and ‘gran’ seems like it would just be an abbreviation of grande, they do have slightly different usages.

Grande means big or large. Since it ends with ‘e’ we know that it stays the same whether the noun is masculine or feminine. It can be used before or after the noun, although using it before the noun gives it a bit more emphasis.

Gran, on the other hand, is always used before the noun and it means grand or great.

This adjective has three forms:

Like grande, bueno can be used before or after the noun, but placing it before the noun gives it a bit more emphasis. If you want to place this adjective before a singular, masculine noun then you can use ‘buen’. If the noun is plural then use buenos or buenas depending on the noun in question.

Extra Side Note: Another interesting thing about ‘bueno’ is that it is often used as a filler word, much like ‘so’ or ‘well’ in English. For example, if you were trying to say, “Well… it was okay.” You could say, “Bueno… está bien.” And if you visit Mexico, you may even hear bueno used as a greeting, but only for answering the phone.

Malo is just like bueno in that it has three forms: malo(s), mala(s), and mal. Following the rules you just learned about bueno, you can probably guess how each form is supposed to be used.

Malo(a) can be placed before or after the noun and must agree with the gender and number of the given noun. Placing it before the noun gives it a bit more emphasis. If you are talking about a singular, masculine noun then you can use mal, otherwise you would use malos or mala(s).

The meaning of this word can also change depending on whether it is used with ser or estar. If you are talking about a person and you want to describe their moral character you would say, “Él es malo.” (He is bad.) or “Ella es una mala persona.” (She is a bad person). If you want to say that someone looks bad, you could say, “Él está malo.” But that isn’t very nice, so don’t say that.

If that isn’t enough adjectives for you, don’t forget that colors are great descriptors as well. You’ll notice that some colors have genders and some don’t. Remember the rules you’ve already learned and you’ll easily be able to use these adjectives. Although you should keep in mind, there may be a few exceptions here as well. 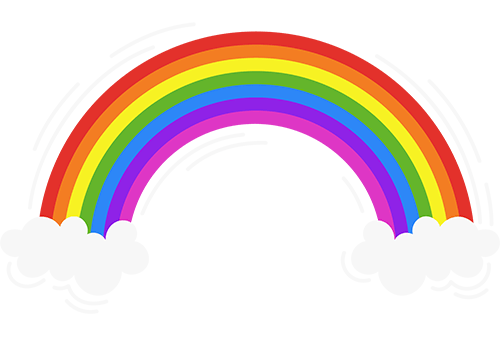 Did you notice the exceptions? If you said pink and orange, then you’ve been paying attention! Even though rosa and naranja both end with ‘a’, they do not change when used with a masculine noun. Naranja also lacks a plural form. It is simply naranja, no matter what noun it is used with.

Just like in English, naranja refers both to the color orange and the fruit. Interestingly, naranjo is also a Spanish word, but it is strictly the word for orange trees.

Congratulations on making it all the way to the end of this extensive adjective adventure! I hope you found it interesting and useful (interesante y útil). If you’re feeling a little overwhelmed, don’t worry, it is a lot to take in. Just remember these simple rules:

Want to study Spanish in a more comprehensive way but aren’t sure where to start? Why not check out our in-depth language program reviews? We’ve tried all of the most popular (and a few of the less popular) programs so we could provide you with all the information you need to choose the right program for you. No matter whether you are a language newbie or a seasoned polyglot, there is a program out there for you.

I hope you have enjoyed this article and are feeling encouraged to pursue your dream of becoming a fluent Spanish speaker. Keep up the good work and happy learning!

We are committed to provide the best language learning resources to our visitors. You can rest assured that in languagethrone.com, you would get only the best and nothing else.

Please log in again. The login page will open in a new tab. After logging in you can close it and return to this page.